Nobody Knows The Trouble I've Seen

The source for Moerane's 1937 harmonisation of the famous African American spiritual, Nobody Knows the Trouble I've Seen, was a version for solo voice and piano published by Ricordi in New York. The cover of the 1917 edition of this book is shown below, and it is the likely source for several other spirituals that Moerane arranged. The tune of Nobody Knows had been known in South Africa for much longer, however, at least since since the Virginia Jubilee Singers toured with it in their repertoire in the 1890s. Moerane's three-part arrangement for female voices was published by Lovedale Press in 1938, in tonic solfa notation, and it treats the soulful theme with great delicacy and sweetness. In the absence of a recording of Moerane's arrangement, the version Paul Robeson recorded (see below) is a good example. It was re-issued in 1945 but was recorded much earlier, and if the original release date was before 1937, and if this recording was available in South Africa, Moerane might possibly have known it.
Duration: 1'10" 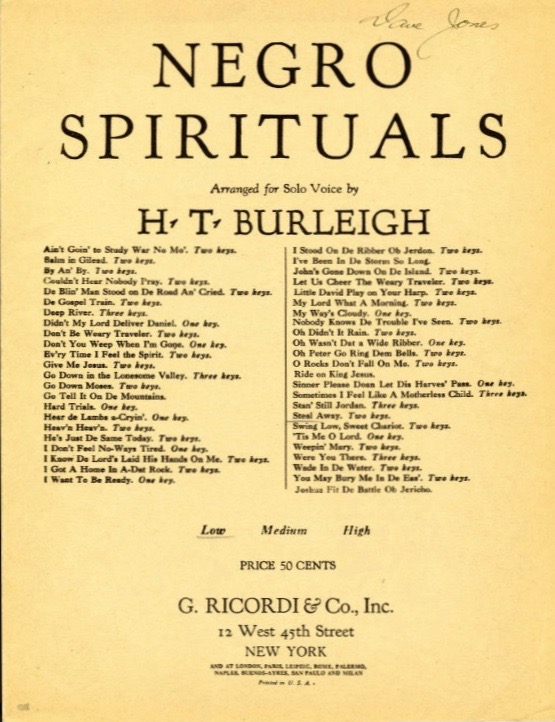 Nobody Knows The Trouble I've Seen - Youtube performance of another version, sung by Paul Robeson