This children’s musical theatre work was first performed as Dragon’s Breath Adventure in July 1994, at the National Arts Festival in Grahamstown, South Africa. Reddy wrote both the music and the libretto, based on a book by Sandy Rudd, and the work was premiered at the Festival by the UNAM Players, comprising students and staff from the University of Namibia, Windhoek. The music, which comprises 14 numbers depicting different events in the story, draws on several African traditional sources, notably Zimbabwean mbira music and Ugandan xylophone music. There is no score and therefore nothing to purchase, since Reddy composed the music directly on his Yamaha QX3 sequencer (although there is an optional flute part), but midi recordings are available below and the programme for the 1994 presentation can be seen on the left. The first page of the libretto with annotations by Reddy can be seen below.

the friendly dragon 11 strange creatures of the lake 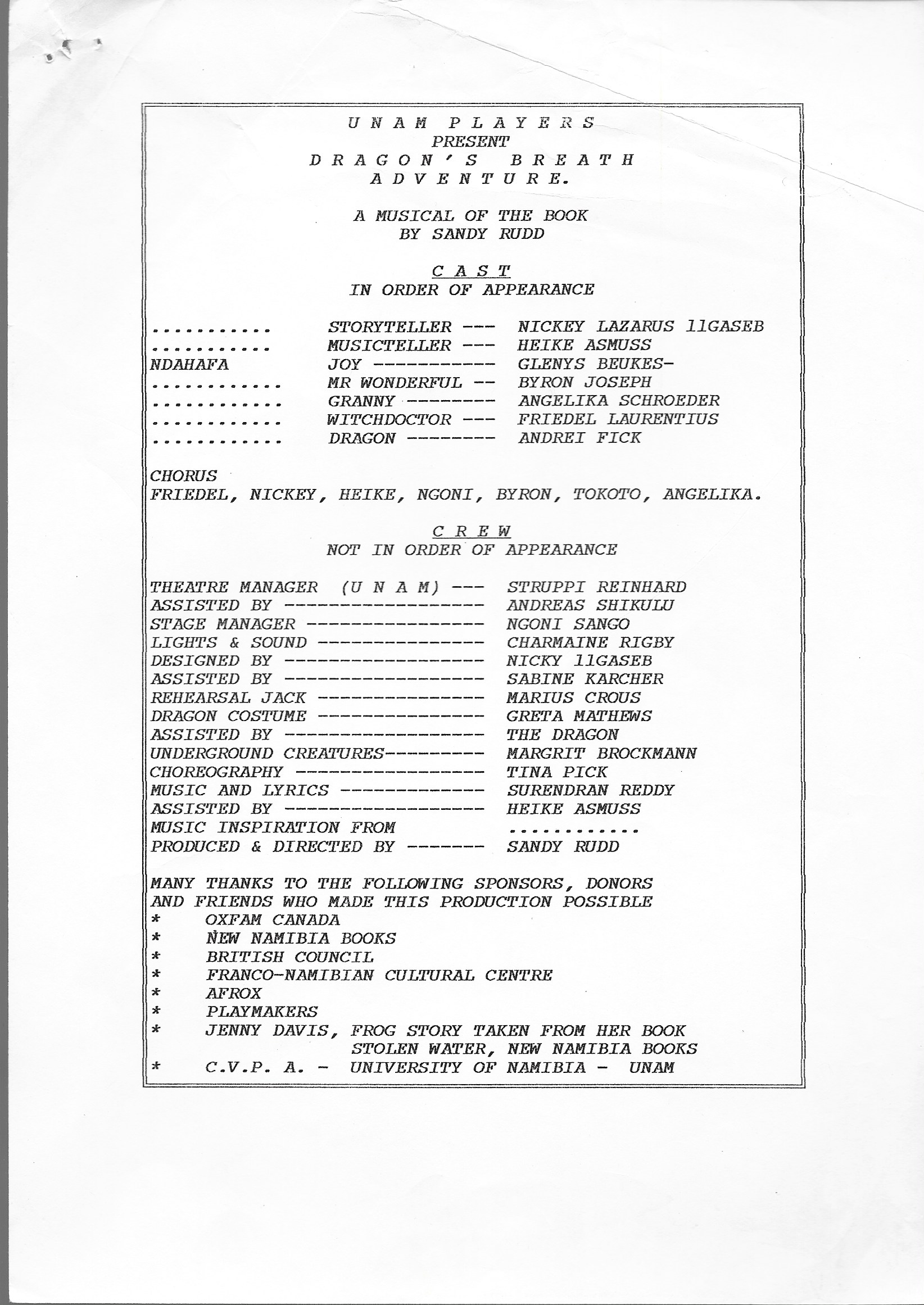